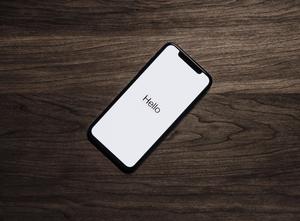 Please click Read More to read more information about the three finalists for the Superintendent position and complete the survey following the Superintendent Candidate Virtual Forum on March 8, 2021. Meet the candidates at the Superintendent Candidate Virtual Forum on Monday, March 8, 2021 on Zoom starting at 6pm.
English:  https://app.surveymethods.com/EndUser.aspx?DFFB9788DF948E8FDA
Spanish: https://app.surveymethods.com/EndUser.aspx?C5E18D92C58E9492C4
Andrew Burns
Andy Burns is a person of high integrity who, over his career, has prioritized the academic needs

Colorado’s K-12 and higher education students. He is a high energy individual who has demonstrated a proven record of success in the P-20 educational arena--both at the operational level and at the board/governance level. He began his educational career as a teacher and coach in 1996. He then went on to work in higher education before returning to the K-12 area. Andy is no stranger to Durango, having served the students of Durango 9-R, first as a Board of Education member and finally as the district’s Deputy Superintendent. He lived in Durango from 2006-2020. He has a reputation as a deep thinker and a real world problem solver who isn’t afraid to set high expectations and to hold staff, including himself, accountable. Andy maintains a respectful approach, even in tense situations, and works toward fair and equitable agreements while also maintaining his vision, commitment and conviction. Andy is married to Emily Burns, a physician. They have two children, Madeleine, a graduate of Durango High School, and Alex, a freshman at Cheyenne Mountain High School, who attended Riverview Elementary School and Miller Middle School.
Dr. Karen Cheser
Karen Cheser, Ed.D., is Superintendent of nationally-recognized Fort Thomas Independent Schools (KY) and was formerly Deputy Superintendent of Boone County Schools (third-largest district in KY), both in the Cincinnati metropolitan area. Prior to working in education as a teacher, coach, literacy and math specialist, principal, KY Distinguished Educator and district administrator, Karen worked for Procter & Gamble Inc. in sales management. Karen has been instrumental in bringing innovation, student agency, and a focus on future workforce to Northern KY through such projects as the NKY MakerSpace, Ignite Institute, Launch@20 Grand, LEGO League Robotics and the Governor’s School for Entrepreneurs. Karen has served as national Vice-Chair of EdLeader21, is a member of the CoSN National Superintendents’ Panel, and is the Vice-Chair for Leadership for the NKY Chamber of Commerce. She has earned several awards such as the Toyota/ Storer Business Collaboration Award, AASA National Woman Administrator of the Year Award finalist, Outstanding Woman of NKY and KY District Administrator of the Year. Karen earned an Ed.D. in Educational Leadership and Business Informatics from Northern KY University and has presented at numerous conferences, on topics such as designing innovation, equity and inclusion, strategic planning, process improvement, student empowerment, dispositional hiring and leading higher academic standards. Karen is mom to two sons in college (Will and Wyatt), wife to Scott (an artist/ entrepreneur), loves to travel, and coaches robotics in her spare time.
Dr. Robert Lundin
Having dedicated more than two decades to making a difference in the lives of students and families on the local, state, national, and international levels, Dr. Robert Lundin is honored to be considered as a finalist to lead Durango Public Schools.

Beginning twenty years ago as a bilingual elementary school teacher in inner-city Houston, Dr. Lundin has dedicated himself to advancing educational opportunities for students as a leader on the classroom, campus, district, and governmental levels. He most recently served as Assistant Commissioner of the Tennessee Department of Education, responsible for policy and oversight of more than 600 schools across the state. Prior to that, Dr. Lundin served in senior leadership positions with multiple urban districts charged with leading the transformation of more than fifty elementary and secondary schools, founded his own high-performing college preparatory school devoted to low-income students and families, led an international organization serving schools in impoverished communities, and trained hundreds of aspiring educators as a faculty member at two universities.

Dr. Lundin is a proud alumnus of Rice University, where he graduated with honors in political science and policy studies in 2000; he will assume a position on the Association of Rice Alumni’s National Board of Directors this summer. In addition to his undergraduate degree from Rice, Robert holds a master’s degree in Bilingual & ESL Education from the University of Saint Thomas and a doctorate in Educational Leadership from Vanderbilt University. He is the proud godfather of Nicholas (age 17) and Lawson (age 4), and is a doting uncle to two amazing nephews.