Mr. Hembree is one of two Social and Emotional Counselors at Durango High School.  He earned by Bachelors of Science in Sociology from Frostburg State University, with a specific interest in cultural anthropology and rural studies; and his Masters of Science in Counseling from McDaniel College, with a concentration in School Counseling. Both schools are in Maryland, where he spent a good portion of his adult life, but his family spent a number of years overseas – Japan, Thailand and Brazil. In spite all of the places he's lived, and while he considers Durango his adopted hometown, he consider his spiritual home to be in far-eastern North Carolina - the great Smokey Mountains - where his parents still happily reside on land that has been in his family for generations.

As a person who has lived overseas, and as a student of both people and culture, he has a deep respect for all of the wonderful and empowering differences he sees among students, whether it’s differences in skin color, religion, language, spiritual and cultural beliefs, country of origin and more! In short, he feels that diversity, within the context of experiences we all share as human beings, is our greatest strength and he feel fortunate to be living in an area in which diversity has enriched both my school and the community in which I now live.

When he's not worrying about his students, he and his wife enjoy the usual Colorado diversions: mountain biking and bicycle touring, motorcycle travel, hiking, camping and being with friends and family as often as possible. 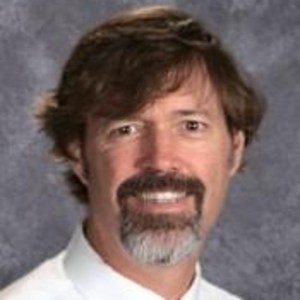